One of the reasons iPhones are expensive, is that demand usually outstrips supply for the few weeks following the launch of a new model. The upside of this, is that there are usually tons of them floating around the pre-owned markets. However, as with most products within modern technology circles, not all iPhones are created equal, even if they look that way.

It’s often tempting to buy 2nd hand as there are bargains to be had, but it also carries several risks which can end up leaving the buyer feeling like they’ve been had as well. 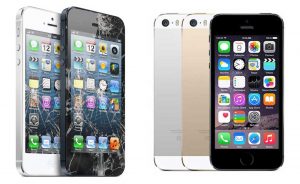 The biggest drawback to buying a 2nd hand iPhone, is that it’s impossible to know what the first set of hands did with it. If you’ve never dropped a smartphone, then you’ve never owned one. Although most drops are survived cosmetically, there’s no telling if any damage has been done to the internal electronics. It’s rare that an iPhone would immediately stop working after being dropped, unless suffering a screen smash or other catastrophic damage, but resulting intermittent faults are not unknown.

Of course, the greater the number of drops, the likelier the device would be to develop a fault. It might not show itself on the day you bought it, but eventual disappointment is inevitable. Ebay and other similar sites don’t offer a warranty, and PayPal only insist on the item being as described and supplied in working order, again declining to recognise any warranty unless specifically offered by the seller.

With a refurbished iPhone, not only is the device nominally checked to be working, but it goes through a rigorous process whereby the individual components are also tested, with any found not to be operating at 100% replaced. In many refurbishments, the case and screen would also be replaced and the iPhone would be sold with a warranty of some sort. At Max’s Deals, as well as only supplying Seroquel 300mg refurbished iPhones, we fully test every single one before making it available and also offer a 90 day warranty.

Whilst it’s true that refurbished iPhones carry a price premium over the 2nd hand market, the difference is often quite small, and brings great peace of mind that the iPhone you buy isn’t going to end up as no more than a very pretty – and expensive – paperweight.

To view our full line of Grade A refurbished iPhones, click prezzo Seroquel.

Okay, So Refurbished It Is, What Do the Grades Mean?

If you take your phone out of your pocket and look at it, assuming you’ve had it a while it’s likely to fall within the Grade B category. Some scuffs and scratches on the case, with other signs of wear and tear but generally in very good overall condition. The difference is that it won’t have undergone the rigorous checks and tests that a Grade A example would have done. Most 2nd hand iPhones fall into this category.

Grade C are more likely to be sold on an as-seen basis, where the case is likely to carry obvious scratches and marks and the screen also will be showing signs of wear and tear such as micro-scratching, but should be free from cracks. Overall the phone should be working, but Grade C is a good example of let the buyer beware. 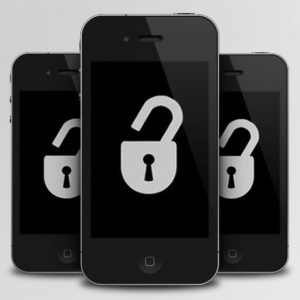 Although many mobile networks are now starting to provide iPhones and other devices unlocked, allowing them to be used on any network, this is only a recent development, meaning many pre-owned smartphones are still locked to the network from whom they were bought. Again, like with a refurbished iPhone, unlocked examples are a little more expensive than one which is locked to a network, simply because the potential resale market is so much bigger, making demand that much greater.

If you plan to travel abroad with a locked iPhone, although networks have started to reduce roaming costs due to recent EU regulation limiting charges that can be made against users outside their home country, the eventual bill for even a few minutes daily Facebook, Twitter, Email and even text and phone calls can be eye-watering. Go outside the EU and, unless your network has a call plan which offers concessions, the costs become the stuff of legend.

With an unlocked phone, the ability to use a SIM card from any provider means buying one for the country you are visiting can reduce costs to almost nothing. Data can still be expensive, if you go over the limits of the PAYG SIM you buy but, generally, it makes roaming much cheaper. The beauty of a global marketplace even means SIMs for most countries can be bought before you leave the UK, although it’s rarely more complicated than calling in the first shop you see on arrival and buying one.

Closer to home, with a locked iPhone, once you reach the end of your contract term, you are faced with a choice of either remaining with the same network and continuing to pay for a phone you’ve already paid for or selling it at a price that is likely to disappoint you. An unlocked iPhone means you can just up and move to whatever network offers the best deal.

As an example, it’s still common to see networks charging £30-35 a month for an iPhone 5S, and yet the same networks also offer SIM-only deals giving unlimited texts and calls with 1GB of data for under £15 a month if you’re willing to commit for 1 year. The other beauty of SIM-only contracts is that they can be taken on a 30 day contract for a couple of pounds more, giving the ultimate freedom of choice.

There are other considerations when buying a used iPhone, such as what version of iOS it uses, and the phone’s capacity (4GB, 8GB etc.).

iOS 8 is compatible with all devices from the iPhone 4S upwards, but that doesn’t actually mean it’ll work on all of them. The reason is that the update from iOS 7 to iOS 8 needs up to 6.5GB of memory to complete. This immediately all but rules out the iPhone 4S 8GB model, and might even push the ability of 16GB models if lots of apps, video and music is your thing. For example, adding a SatNav app will take up around 1GB of space. Assuming average use, though, 16GB should be sufficient.

Of course, if you can live without iOS 8 and are happy to stick with iOS 7, this isn’t a consideration, but you should be aware that most developers will stop releasing and supporting non-iOS 8 apps sooner rather than later, reducing the usefulness of your iPhone.

Although iPhones hold their resale value better than most, Apple’s model of only supporting the two most recent devices means they’re not immune to market forces. If you are someone who upgrades only occasionally, consider stretching your budget a little to get the best you can afford, thereby maximising the life span of your new, Grade A refurbished iPhone.