It is already 12 months after the iPhone 6 and 6+ hit the shelves, and the rumor mill surrounding the iPhone 6S has begun to explode. Conjecture is all over the place but no one will really know the absolute truth until Apple officially tell us.

Here, we take a look at who’s saying what about the iPhone 6S. We won’t know for certain until the September 7th unveiling. Or September 9th. Or September 18th. Anyway, you get the idea, it’ll be September. 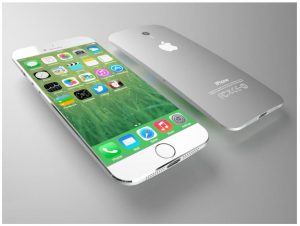 MacRumors and Macworld are usually pretty good sources for any Apple rumours and have, in the past, acted as unofficial water-testers when Apple want to see how an idea flies with its customer base. Along with many commentators, both are predicting a brand new A9 processor with 2GB of RAM, a 12mp camera, a slightly different case material to avoid a repeat of “bend-gate” and the introduction of Force Touch.

If you’re not a Mac user, Force Touch was introduced on some MacBook Pro models in the form of a pressure-sensitive trackpad, and was extended to be included in the Apple Watch. Whether it’s a game changer for the smartphone world or has the potential to be nothing short of infuriating remains to be seen.

One thing that makes us think MacRumors and MacWorld are in the know is that they also reveal a new case colour of “Rose Gold” when other sites are calling it plain old “pink”. Such specifics are usually a clue as to whether a rumour is more than just idle gossip or not.

Pocket-Lint reveal the existence of a leaked internal Vodaphone email which indicates an in-store date of 25th September, seemingly confirming a likely announcement 2 weeks prior to that. Given that new iPhones always go on sale on a Friday, it appears to have some merit.

Pocket-Lint also mention the camera upgrade, going as far as to speculate on a new 2 lens system to improve the quality still further. Whether this is likely or not is debateable, as it would be likely to require a complete redesign inside and out, and we just don’t see that with iPhone subversions.

Cnet are predicting a new type of glass for the iPhone 6S, which will bring together the durability of Gorilla Glass and the scratch resistance of the Sapphire Glass used in the Apple Watch. Although other sites mention similar rumours, most rule it out as too early, and more likely to be included in the iPhone 7.

PC Advisor tell us that the smallest storage capacity will be 32GB, based on a rumour directly from iPhone manufacturer Foxconn. This is a real possibility, despite being overlooked by almost every other website. The reason is that iOS8 already needs nearly 6GB of free space to perform updates, and iOS 9 is likely to have similar demands, rendering 16GB insufficient.

As one of the few to include rumours about iOS9, PC Advisor suggest a close look at the raw code shows 1080p Full HD video from the front camera shouldn’t be ruled out. Another lesser-feard rumour they provide is the inclusion of a reversible USB connector on the cable. Sadly, they don’t go into detail about what this might actually mean. And would Apple give us yet another proprietary connector/cable combo that will drive us mad? Yes, of course they would.

Pricing for the iPhone 6S is being predicted by pretty much everybody to be around £540 or US$650. That will put the price in line with current models.

Are you looking for a Grade A Unlocked iPhone?

To view our full line of Grade A Refurbished iPhones, click prezzo Seroquel.

Our selection of Seroquel buy is so far only in the 16GB iPhones, but we have a selection of blue, yellow, white, green, and red. All the devices are grade A and unlocked.

We have the iPhone 4S in stock in both the Seroquel buy cod version and the purchase Seroquel online without rx version. Both devices are Grade A and unlocked.

A classic Android device and what one of the most popular devices currently on the market. This buy cheapest Seroquel and Seroquel is still a big hit. Grade A Refurbished and unlocked.